On Saturday January 28 the AGBU Orange County Saturday School is proud to host Prof. Kevork N. Abazajian, Professor of Physics & Astronomy and the Director of the Center for Cosmology at the University of California, Irvine. His research focuses on the nature of dark matter at the interface between particle physics and astrophysics, the origin and cosmological impacts of neutrino mass, galaxy formation, high-energy astrophysics and precision cosmology. He received his Ph.D. in Physics at the University of California, San Diego in 2001.

In the fall of 2011, Prof. Abazajian joined the faculty at the Department of Physics & Astronomy at UC Irvine. He has been awarded the distinction of being the Faculty with Greatest Impact on an Outstanding Graduating Senior in 2012, as well as the Distinguished Assistant Professor Award for Research from the University of California Academic Senate, Irvine Division, in 2013. Prof. Abazajian became an Associate Professor with tenure in 2013, and full Professor in 2017. He was elected as a founding member of the Armenian Society of Fellows in 2021 and became a Fellow of the American Physical Society in 2022.

You are cordially invited on the 28th at 1pm at St. Mary Armenian Apostolic Church where Professor Abazajian will make his presentation about “History of the Universe”. 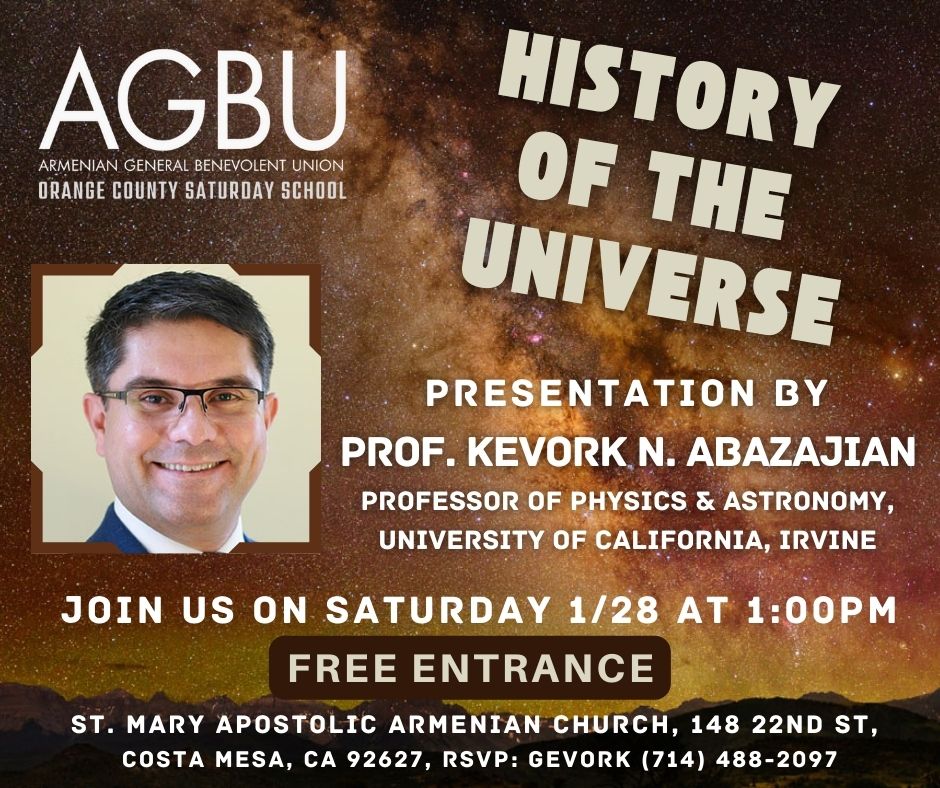